Built around 1771 from stone quarried just behind the house, this stately manor was home to Revolutionary War veteran, Captain James Hall. The reluctant hero, Hall was a school master. He married Martha Gilmore, whose family owned the nearby farm “Highland Belle.”

Hall served under Colonel John Bower and was stationed at what is now Oxford Presbyterian Church, but at that point was a fort. He is known for his bravery in the Battle of Point Pleasant. His regiment was responsible for the death of Cornstalk, chief of the Swanee tribe. Following the war, Hall was awarded a land grant that extended from Buffalo Creek to the Mississippi River. He started a school, which provided educational opportunities for those settling on Virginia’s Western Frontier. His grave marker, just a half a mile north of his home reads: “Judge him not by today’s standards; rather by the harsh realities of frontier justice.”

Following Hall’s death, the acreage surrounding the house was parceled off and sold. Following a fire in the early 1900s the stone exterior of the home was stuccoed. Fortunately, the fire only damaged the front of the home and not the interior, leaving intact the double fireplace in the den 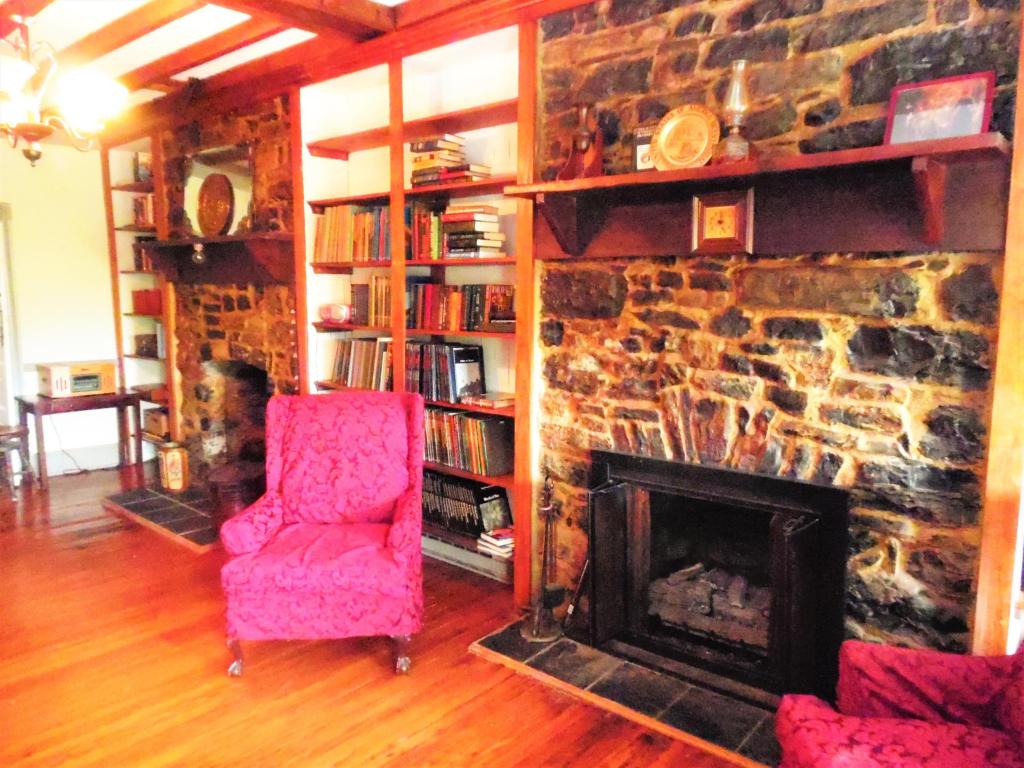 and the many attractive hand-carved features in the house, such as this dentile moulding in the formal living room. 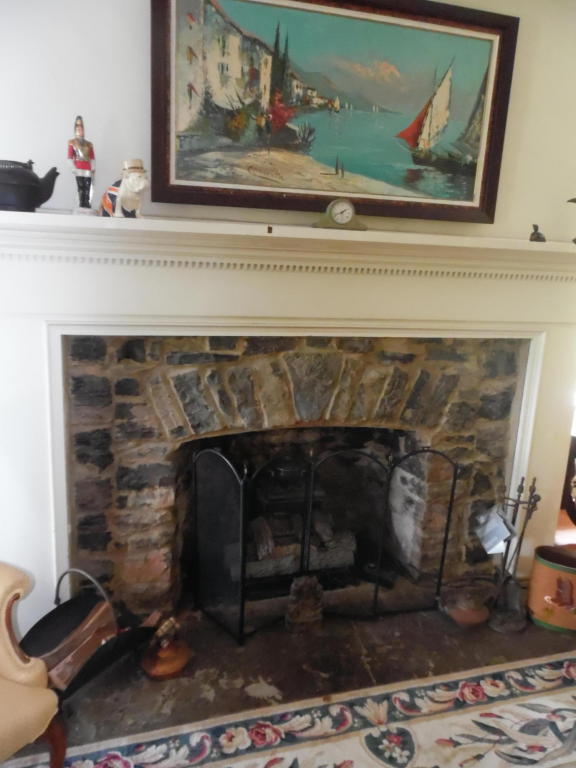 A modern kitchen and downstairs master suite were added to the home in the early 1980s. These spacious additions to the home could be used to create an innkeeper’s suite area that would provide privacy and functionality should the home be converted to a Bed and Breakfast. 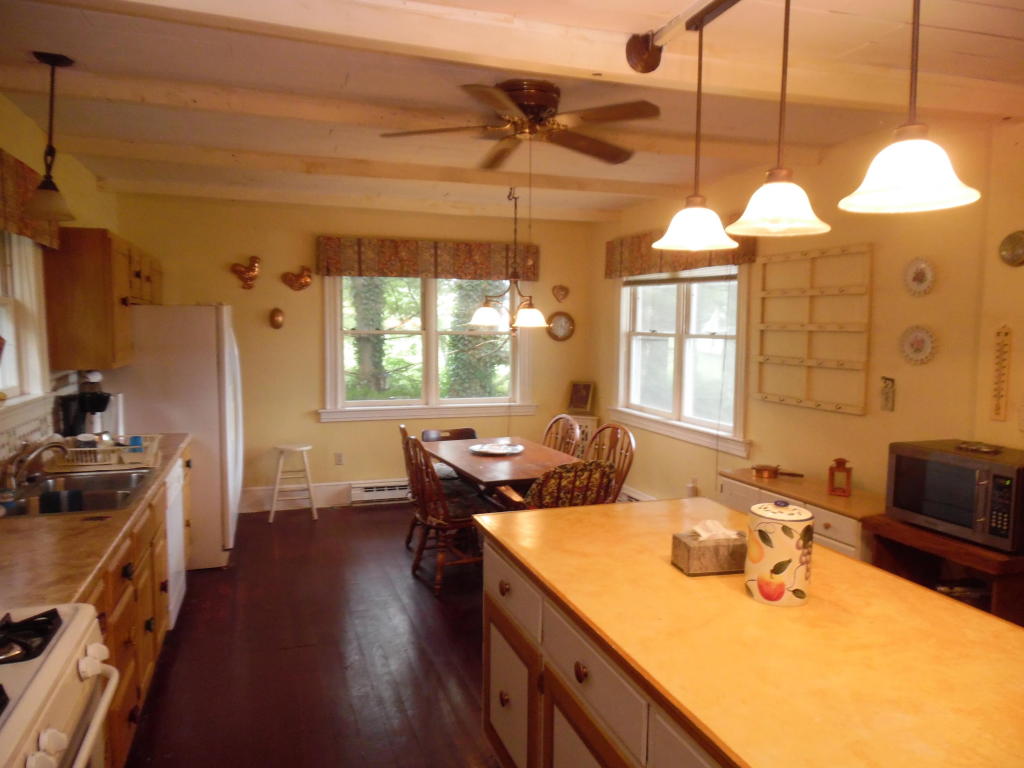 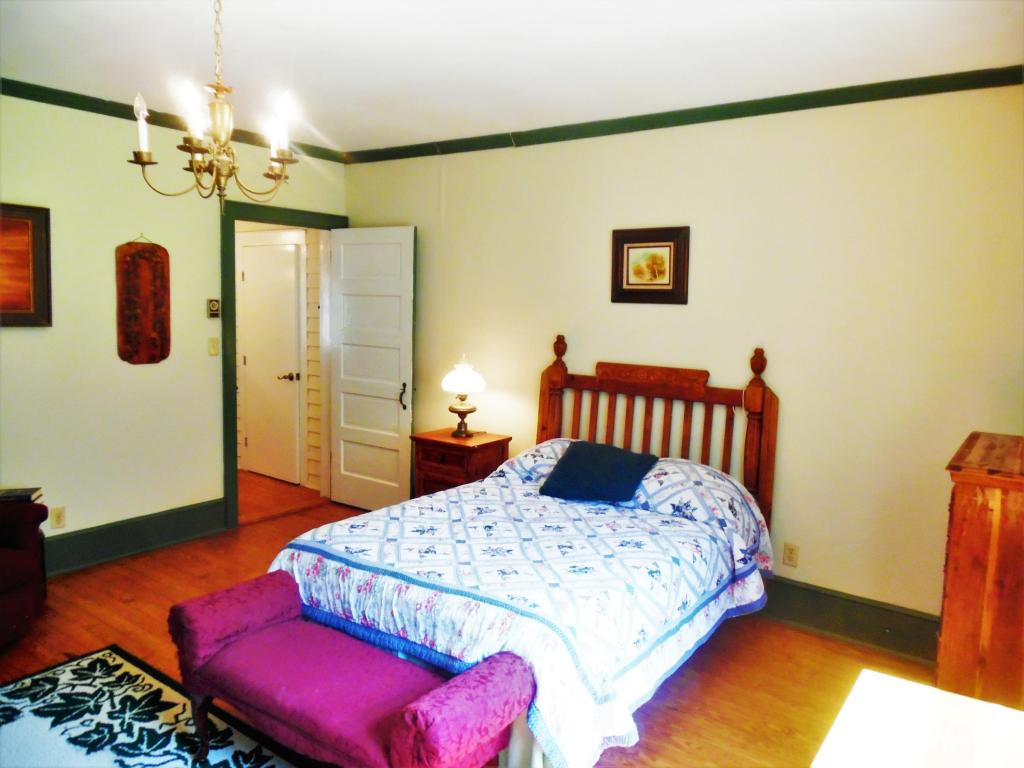 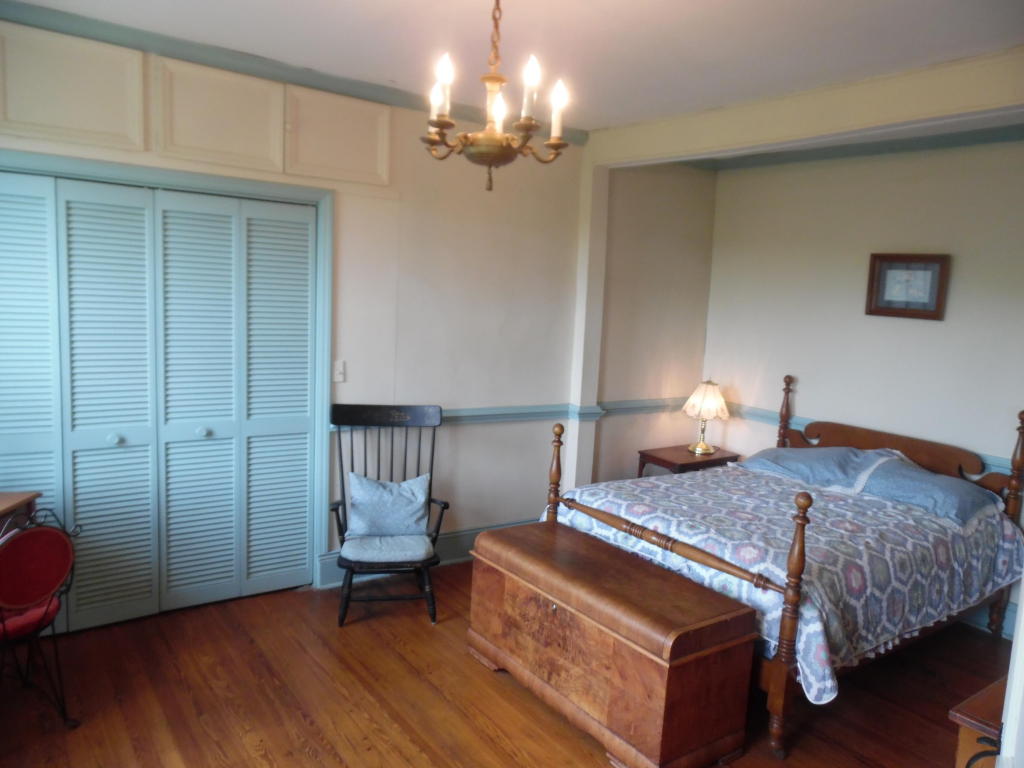 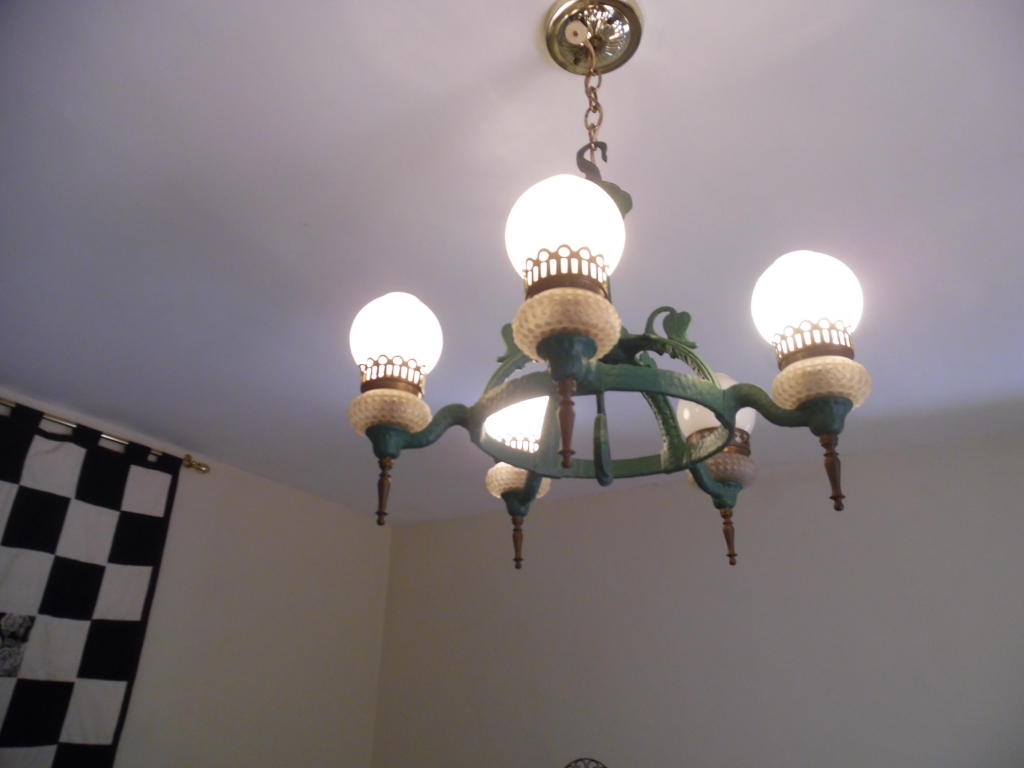 and interesting built-ins add charm to this already fascinating home. The deep stone walls also allow for closets, which many homes of this age lack. As a way to generate revenue during and following the Revolutionary War, almost everything was taxed including all the rooms in a house (closets counted as rooms) and windows. Consequently, many older homes have few windows and no closets. 678 Blue Grass Trail was built prior to these taxations. It also has been architecturally modified throughout the years to create more modern living spaces and more closets have been added. 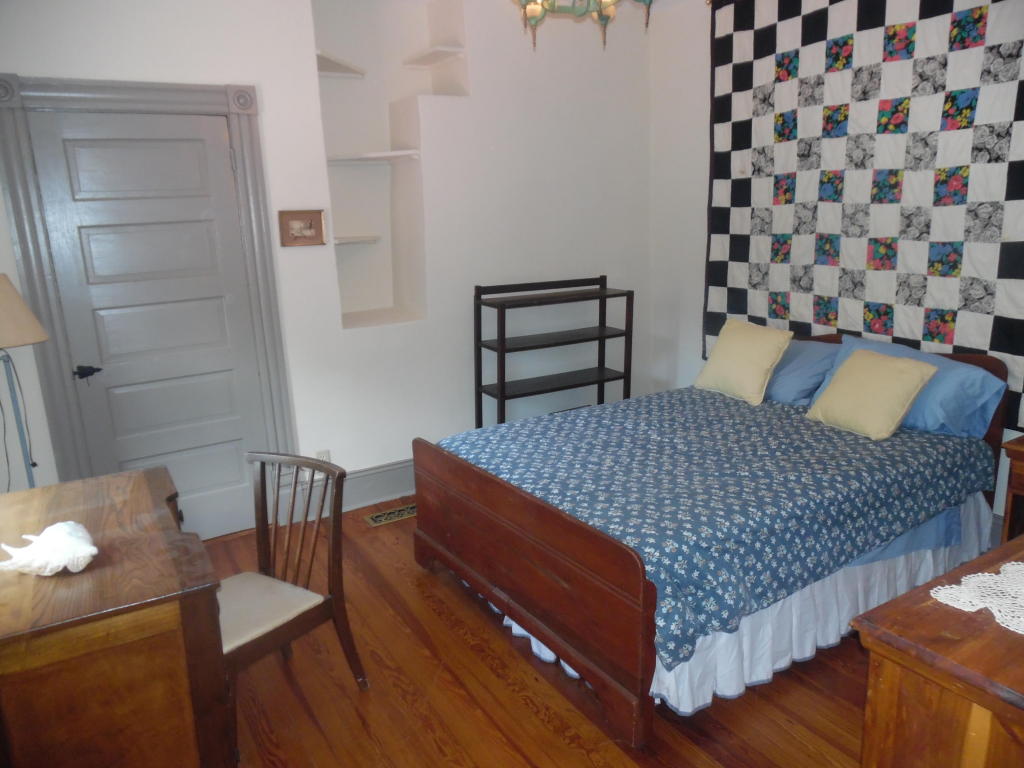 The unique details of this home are not just limited to the interior. Spectacular views of the Short Hill Mountain round out this lovely home. 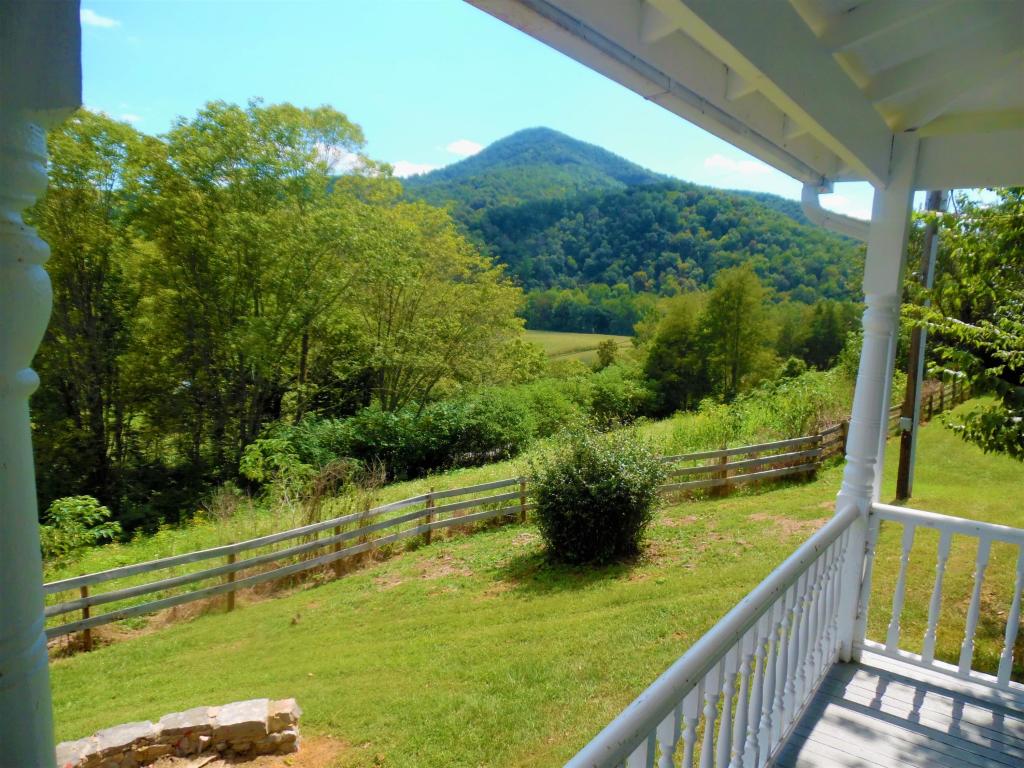 678 Blue Grass Trail has been comfortably renovated and is move-in ready; however, the potential for a complete restoration of this lovely home is also a possibility and the price reflects that opportunity.

This content is not the product of the National Association of REALTORS®, and may not reflect NAR's viewpoint or position on these topics and NAR does not verify the accuracy of the content.

Find your next home

Let me help you find a house and create a home...

Please provide your name and email

Thank you for contacting us, we'll get back to you shortly.

Sorry, we are unable to send your message at the moment. Please try again later.